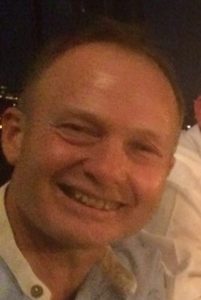 A message from Andrew Marais

Many of you are probably already aware that I am caretaking as councillor for ward 88, following the resignation of Nick Lorimer, pending the by-election of the new ward councillor. The by-election will take place on 25 April.

I am a PR Councillor representing the Democratic Alliance in Council in the City of Johannesburg, having been elected in 2016 to the Council for the first time. I live in ward 69 which borders ward 88 (200m away) and have lived in the area since 1992. I have been involved in local affairs through residents’ associations since 2013 and consequently am familiar with the pressing issues in the general area and indeed in ward 88.

As a serving city councillor I have the same access to City officials and the executive as a ward councillor and am just as well placed to serve your interests. I hope that this knowledge will dispel any anxiety that you might be experiencing as residents of ward 88 as a consequence of the ward councillor vacancy.

Please do not hesitate to contact me in regard to any matters relating to the City in respect of which you require information or you have not received proper service or assistance from City officials. I will endeavor to assist you by pointing you in the right direction or escalating the matter to senior officials or, if necessary, to the executive.